﻿
You are here: Home / Meet the Dancers / Chelsea Dumas 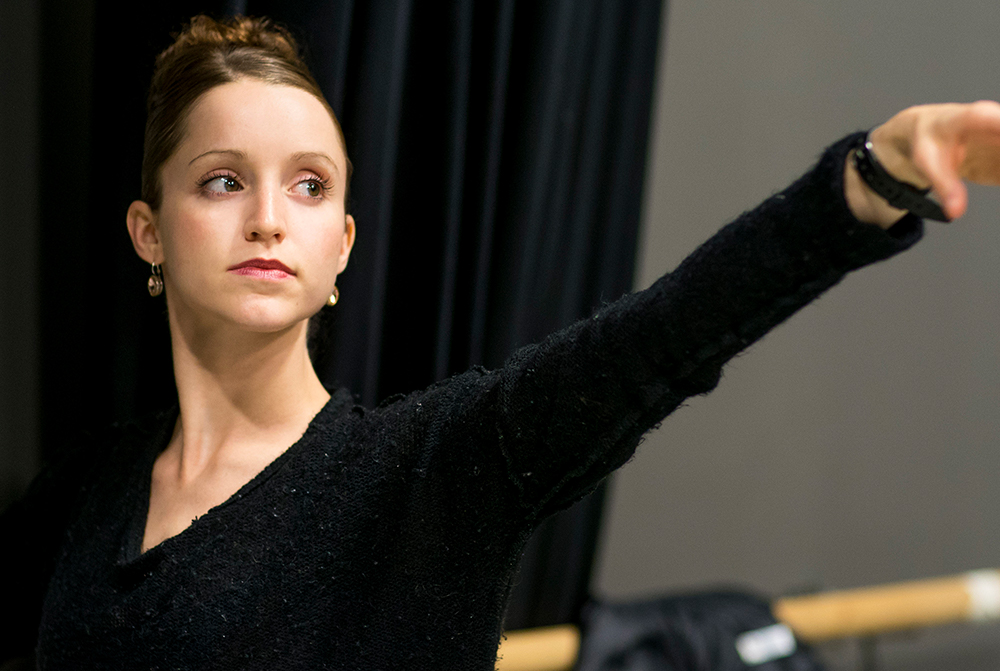 Chelsea, from Fort Wayne, IN, started her ballet training at New American Youth Ballet and Conservatory under the direction of Beth McLeish. She attended summer programs on scholarship at The School of American Ballet and Chautauqua School of Dance. She went on to study for one year as a ballet major at Indiana University’s Jacobs School of Music. At age 19, she spent one season as an apprentice with Charlotte Ballet and joined the first company at age 20. She was awarded as one of Pointe Magazine’s Standouts of 2017 for her role as Catherine Earnshaw in Sasha Janes’ Wuthering Heights. Some of her favorite roles she’s performed include Johan Inger’s Walking Mad, Helen Pickett’s Tsukiyo, Sasha Janes’ Wuthering Heights and The Princess in Javier De Frutos’ The Most Incredible Thing.

GET TO KNOW CHELSEA