﻿
You are here: Home / Meet the Dancers / Sarah Lapointe 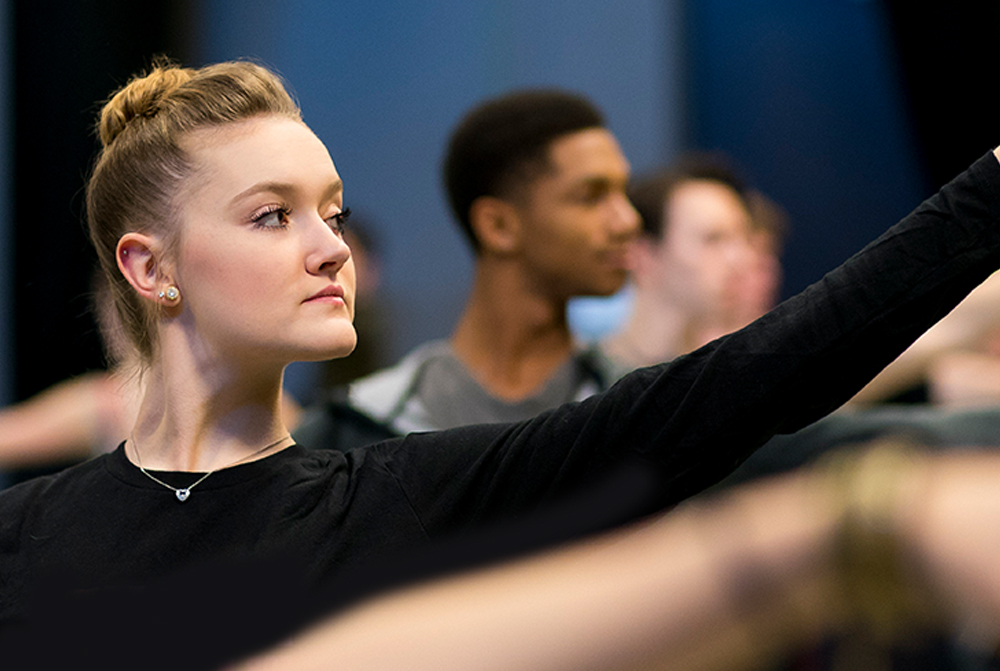 Sarah began her training in MD at the age of two, attending Mid-Atlantic Center for the Performing Arts until age 14. She studied at Baltimore School for the Arts before attending a summer intensive at The Rock School for Dance Education in Philadelphia, where she was offered a full scholarship to train under the direction of Bo and Stephanie Spassoff. She competed in Youth America Grand Prix and World Ballet Competition where she earned numerous top honors and awards for her ballet technique and artistry at both the regional and international level. Sarah has attended summer intensives with Bolshoi Ballet Academy, The Rock School and the Chautauqua School of Dance, where, in 2014, she was awarded with the Artistic Director Award for Overall Excellence and Faculty Award for Technical Merit. After being awarded National YoungArts Foundation Dance Finalist (Ballet, 2015) and receiving a nomination for U.S. Presidential Scholar in the Arts semi-finalist, in April 2015 Sarah was a guest artist with The Washington Ballet in the history breaking performance of Swan Lake featuring Misty Copeland and Brooklyn Mack. At 18 she began her professional career with Charlotte Ballet. In 2017, Sarah was named one of Dance Magazine’s “25 to Watch.”

GET TO KNOW SARAH