﻿
You are here: Home / Academy / Interview with Lynn Hawkins 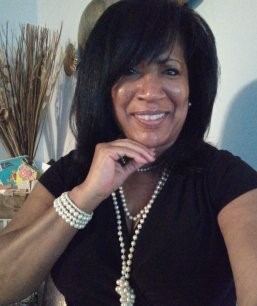 “I learned early in life to fight for the rights of my people, as we still have to today.”

Lynn Hawkins, Charlotte Ballet Academy staff member, grew up in the Civil Rights movement, and even met the Rev. Dr. Martin Luther King, Jr. as a child. Read more on her experience and her hope for the next generation.

Q: How long have you lived in Charlotte?

A: You can’t make Sense out of Non-Sense

Q: What do you enjoy most about working for the Academy?

A: The people/energy/creative environment/immersion in the world of dance, and my admiration and conversations with Patricia McBride – our national treasure.

Q: Your parents were greatly involved with the Civil Rights movement of the 1960s, and you had the opportunity to meet Martin Luther King, Jr. as a child. What impact did that have on you growing up?

A: It left an indelible mark and profoundly influenced my life. I was introduced to the harsh realities of civil unrest in our country at an early age. It struck my family, the entire neighborhood as Urban Renewal was attempting to displace us from our homes. We lived in an idyllic African-American community on Long Island in a small town named Rockville Center. Nestled in this enclave of a very prosperous village, there was a community of approximately 200 Black families that refused to sell their homes to make way for commercial development. My parents were community activists (my father was a local NAACP President, and my mother was NAACP Field Secretary), fighting on the front lines of the Civil Rights movement. They protested and marched in the major and local marches of the time, including the March on Washington. As they were in the midst of their homes being lost, they called on the Rev. Martin Luther King to speak on behalf of the community. He appeared at South Side High School in Rockville Centre, NY, in 1965, and I met him prior to his speech. He acknowledged me with a warm smile, a pat on the head telling me I was a “pretty little girl.” On stage, I waited in the wings with my parents as he delivered his commentary and disdain for the disregard of the “Negro” community. Unfortunately, we did not win the battle. Urban Renewal moved us out and razed all of the houses in the community to make way for a commercial district. I learned early in life to fight for the rights of my people, as we still have to today.

Q: What do you hope for our next generation?

A: They learn their history and make changes so that history never repeats itself.

Five Minute Call with Kati and Lance
Scroll to top