﻿
You are here: Home / Meet the Dancers / Zoë Ross Parker 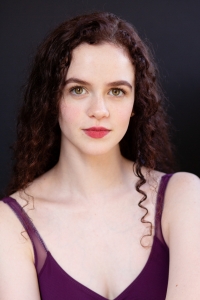 Zoë Ross Parker is originally from Greensboro, North Carolina, and began training at age four at the Greensboro Ballet before being accepted into the UNCSA Preparatory Dance Program and later the High School Ballet program at UNCSA. While studying there, she trained under the primary direction of Jared Redick and privately with Nina Danilova. During her summers, she trained on scholarship at the School of American Ballet, Pacific Northwest Ballet, and San Francisco Ballet. Zoë was the recipient of the ADC||IBC Jury Award, where she received the Mary Day Scholarship to study at the Washington Ballet School under Xiomara Reyes. She continued on as a Trainee for the 2018-2020 seasons under the direction of Julie Kent. Zoë’s repertoire includes John Cranko’s Romeo and Juliet, Michel Fokine’s Les Sylphides, George Balanchine’s Serenade, Septime Webre’s The Nutcracker, and Julie Kent’s The Sleeping Beauty. Zoë received a direct entry award to study at the Royal Ballet summer program, and has danced there for two summers, as well as studied at the Dutch National Ballet summer school in collaboration with Studio Wayne McGregor. She has also learned Forsythe technique at the Art Of Zürich workshop, supported by William Forsythe.

GET TO KNOW ZOË