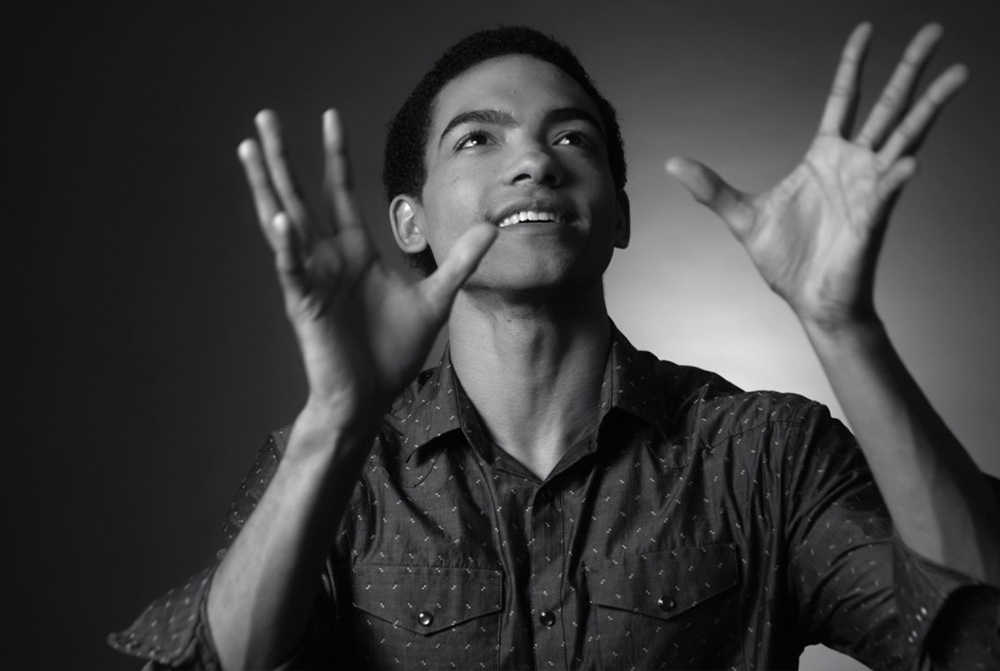 Silas Farley is a member of New York City Ballet’s corps de ballet. He started ballet, jazz, and tap training with Sal and Barbara Messina in Charlotte, North Carolina, when he was 7 years old. At the age of 9, he was accepted into the boys’ scholarship class of North Carolina Dance Theatre School of Dance, where his teachers were NYCB alumni Patricia McBride, Kathryn Moriarty, and Mark Diamond. At the age of 14, Mr. Farley attended the summer course at the School of American Ballet (SAB), and was then invited to enroll as a full-time student. A choreographer since age 11, Mr. Farley created ballets for SAB’s 2010 and 2011 Student Choreography Workshops, as well as a work for the 2012 summer session of the New York Choreographic Institute, and a pièce d’occasion for the SAB 2013 Winter Ball. In 2012 he was one of two advanced SAB students selected for a student teaching pilot program at SAB. In August 2012, Mr. Farley became an apprentice with NYCB and joined the Company as a member of the corps de ballet in August 2013.

Hernan Justo began dancing in 1974 at the Instituto Superior de Arte Teatro Colon in Buenos Aires, Argentina. After ten years of training he joined Ballet Estable de Tucuman in 1981, then Ballet Estable del Teatro Colon in 1982. In 1984, he went to Teatro Argentino de la Plata, where he performed as a principal dancer in ballets such as Gaîté Parisienne, Giselle, Capriccio Espagnol, Don Quixote, Carmen, . His career then took him to the Ballet de Santiago of Chile in 1988, he had the opportunity to work  with Ivan Nagy, Ben Stevenson, Stevenson Marcya Haydee among others. In 1991 he joined the Ballet Clasico de Camara (BCC) in Caracas, Venezuela under the artistic direction of Nina Novak (Ballet Russe de Montecarlo). With BCC, Mr. Justo performed most of the pas de deux of the classical repertoire. Later he joined Ballet Contemporaneo de Caracas. In 1992, Mr. Justo won the “Best Couple” award at the XV International Ballet Competition in Varna, Bulgaria, one of the most prestigious competitions in professional ballet. In 1992, he was nominated as “Best Dancer of the Year” by “Casa del Artista” in Caracas and he won “Best Classical Interpretation” at the Prix Volinine in Paris, France. In 1994 he participated in a summer Italian Tour performing in Venice, Bassoon Loano, Jessolo, Vignale as well as in the International Ballet Festival in Havana, Cuba.

Mr. Justo became a Principal Dancer with the formerly called North Carolina Dance Theatre (NCDT) in 1994 under the artistic direction of Salvatore Aiello and later world renowned Jean Pierre Bonnefoux  Patricia McBride and Jerri Kumery (New York City Ballet). In 2000 he was invited to become Artistic Director of Carolina Ballet Theatre (CBT). Mr. Justo took CBT to a professional level forming and hiring the dancers who are part of CBT, and managing all the productions that CBT presents each season. He has choreographed and staged more than  fifty ballets for the company, several of them full length ballets such as; The Nutcracker, Once Upon a Time in Greenville (after Petipa), Hunchback of Notre Dame, Jolly Roger, Black Swan, Mirror Mirror. Arriving in Indigo City, and Tipping Pointe.

Mr. Justo works with his wife, Anita Pacylowski -Justo. Together they direct and teach the pre-professional division of DanceArts Greenville. They have three children Martin (28), So a (18) and Nicolas (15). Mr. Justo is grateful that he can continue to create and lead ballet forward in the 21st century in Greenville, SC. 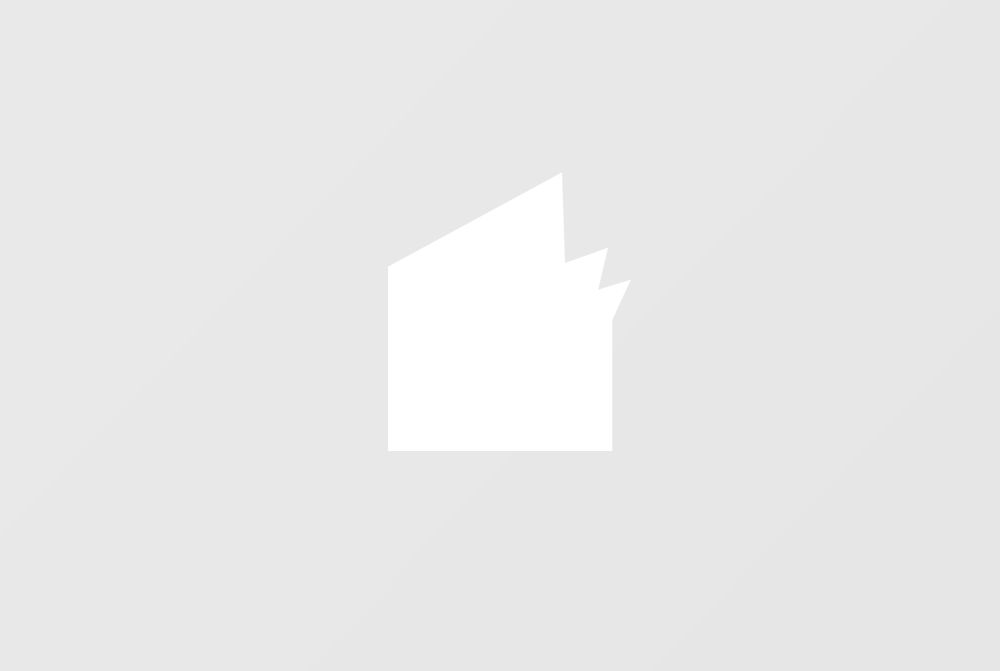 Gerard Ebitz was trained at the Miami Conservatory, the School of American Ballet, and the National Ballet School in Toronto. He danced professionally with New York City Ballet, Zurich Opera Ballet, Pacific Northwest Ballet and Miami City Ballet; as a founding member. As a teacher & choreographer, Ebitz has created work for the Carlisle Project, Pennsylvania Youth Ballet, Rochester City Ballet, Ballet Jorgen, Santa Fe Dance Foundation, and Tsoying Performing Arts High School. He has also served as Artistic Director for Ballet Randolph. Ebitz has received many awards for his work including recognition by The National Choreographic Plan, the Florida Individual Choreographic Fellowship and the Surdna Arts Teachers Fellowship. He is currently on faculty at the Miami City Ballet School, University of Miami Theatre Department and New World School of the Arts.

A native of France, Olivier Pardina was born to be a dancer. At age 10, inspired by his father, he begins his training under his watchful eyes before moving to Paris to continue his studies with the Master Teachers of the Paris Opera. At age sixteen, he is promoted to Principal Dancer with the Nice Opera House (France); four years later he is offered a contract by celebrated choreographer Maurice Bejart after winning the first prize in a National Ballet Competition. Pardina has taught at the Rock School in Philadelphia, the Orlando Ballet School, the San Francisco Ballet School, the National RDA in Phoenix and he is regularly invited in South America particularly in Brazil and Mexico. He was invited by the American Ballet Theatre, the Teatro de Rio de Janeiro and the Cordoba Ballet Company (Argentina) to teach the company. From 2013 to 2017, Olivier Pardina was Principal Teacher of the Pre-Professional division of the Miami City Ballet School. 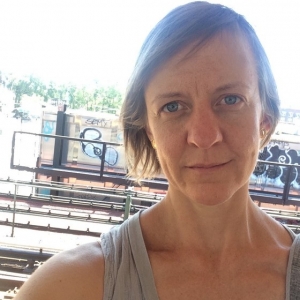 Currently, Heather Waldon is teaching ballet at Hofstra University and NYU/Tisch School of the Arts. She has been a guest teacher for Charlotte Ballet Summer Intensive, Earl Mosley Dance Intensive, Eglevsky Ballet, Boston Conservatory, Connecticut College and NYU/Tisch Summer High School Program. Heather has choreographed works on Hofstra University as well as collaborating on a duet with Sean Curran. She has set the work of Sean Curran on NYU/Tisch, Fordham/Ailey, Marymount University, Montclair University, and Boston Conservatory. Heather is a teaching artist in the Mark Morris Dance Group’s Dance for PD (Parkinson’s).